Homebuilders who have traditionally served the 35- to 44-year-old homebuyer age group may be feeling a little lonelier these days than other homebuilders – and there’s a reason for it (the economy notwithstanding).

The nation’s changing demographics have compounded the woes for builders who are hoping for a return to a homebuilding market that was familiar during decades’ past. The countries’ population age distribution, based on data generated by the Census Bureau for years 2005 to 2009, showed deep declines in this traditional home buying age group, dropping by more than two million people.
Regionally, the Northeast incurred the deepest losses. Accounting for just 18 percent of the population in 2009, the Northeast experienced a 30 percent population loss in this important age group. The most insulated region from this downward age shift was the Western region where the percentage loss was just 17 percent, with a population base in 2009 that comprised 23 percent of the total population. 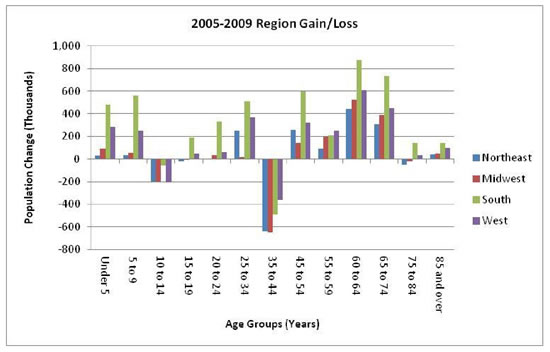 Graph 1 shows the population change by age group, for each region, the Northeast, Midwest, South and West. Across all regions, the 35 to 44 year old age group had pronounced decreases.
For builders who can wait for the return of this age group, there’s hope on the horizon. For all the rest who want to go forward now, a careful look at different age groups may be the key (note the growth in the 65 and older crowd).

Projections for the next 10 years show a glimmer of hope for builders targeting the 35 to 44 age group (bundled in the projections with 25 to 34 years). The U.S. Census Bureau makes population distributions by age groups for states and regions, and the all-important 25 to 44 age group for the regions have begun to grow again, increasing demand for builders who construct homes for mainstream families. Between 2010 and 2015, each region in the U.S. shows growth in the most active home buying age segment. The Western region shows the strongest growth in the 25 to 44-age range, followed by the Southern states, as shown in Graphs 2 and 3. 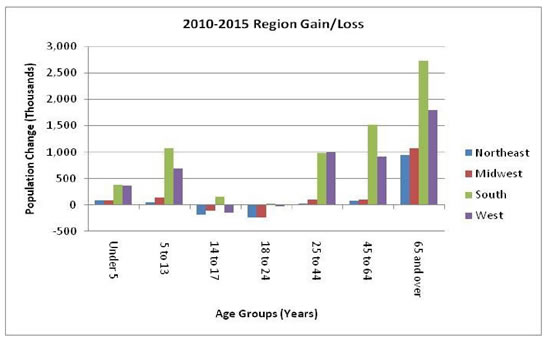 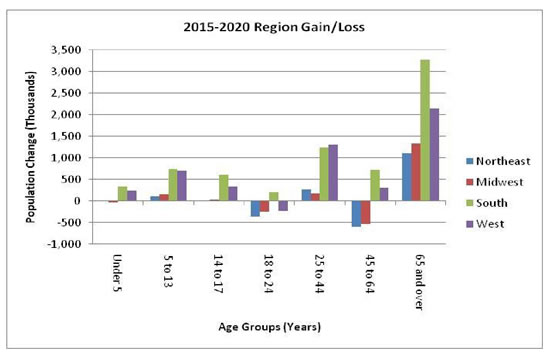 Bottom line: Whatever age group you are focused on today, take a careful look at the population, where you were and where we’re headed over the next ten years. The bulk of the Baby Boomers arrive in the 65+ category and the numbers show it.

3 Actions You Can Take to Mitigate the Risk of Jargon

"Congratulations, you've moved to the blue level," the technician told me at my allergy doctor's…

Why The Gender Question Matters

Surveys and forms often ask the elemental gender question, but with a shift of how…

While conducting research in person is a favorite of mine, virtual research has long been…

Search
Categories
Have a project? Start working with us today!
Request a free quote
Website Design by MJS Web Solutions | Copyright © 2022 - All Rights Reserved | Privacy Policy
Back To Top